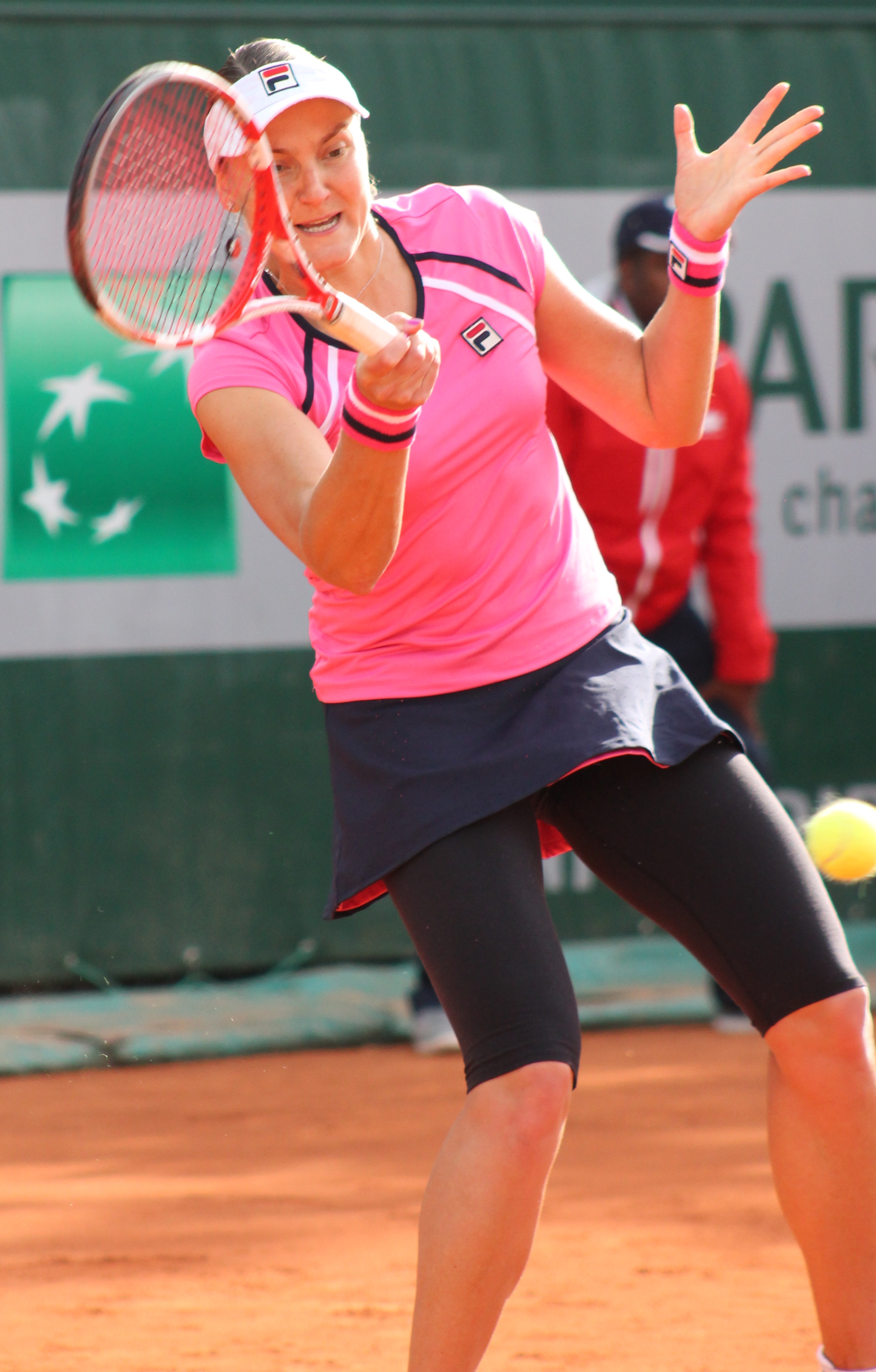 Nadezhda Viktorovna "Nadia" Petrova ( ; born 8 June 1982) is a Russian former professional tennis player. A former top-five player in both singles and doubles, she reached a career-high ranking of No. 3 in the world in both disciplines (doing so in doubles on 21 March 2005, then in singles on 15 May 2006). Petrova won a total of 37 titles on the WTA Tour in her career, 13 in singles and 24 in doubles, as well as over $12.4 million in prize money, making her one of the most successful Russian tennis players of all time.

Petrova's career highlights in singles include reaching a total of nine Grand Slam quarterfinals across all four major tournaments (including two Grand Slam semifinals at the French Open in 2003 and 2005), and qualifying for the WTA Tour Championships on three separate occasions. Her largest singles titles came at two Tier-I tournaments, Charleston and Berlin in 2006 (during a span in which she won three consecutive tournaments and a career-best 15 matches in a row), one Premier 5 title in Tokyo in 2012, and winning the year-end Tournament of Champions in 2012. From June 2003 to September 2013, Petrova was continuously ranked inside the top 30 (a period of 538 weeks), was inside the top 20 for over 500 of them, and spent over 150 weeks ranked inside the top 10. Over a 10 year period from 2003 to 2012, she finished the year ranked inside the top 30 on every single occasion, and inside the top 20 in all of them except 2011.

Equally successful in doubles, Petrova's career highlights included winning the year-ending WTA Championships twice, with Meghann Shaughnessy in 2004, and with compatriot Maria Kirilenko in 2012. With Kirilenko, she also won the bronze medal in the doubles competition at the 2012 Summer Olympics. She also reached two Grand Slam finals in doubles, doing so at the 2010 US Open with Liezel Huber and the 2012 French Open with Kirilenko. She also won a total of nine Tier I/Premier Mandatory titles (including three in Miami in 2004, 2012 and 2013), was a seven-time Grand Slam doubles semifinalist, a twenty-time Grand Slam quarterfinalist, and finished with a year-end top-ten ranking four times.

Petrova announced her retirement from professional tennis on 11 January 2017 at the age of 34, due to a multitude of injuries. and a nearly three-year absence from the tour (she played her last professional match in April 2014). Provided by Wikipedia
1
Ion-Exchange of Clinoptilolite in Solutions with Different Concentration - A Calorimetric Study
by Filizova, Ljudmila, Kirov, Georgi N., Petrova, Nadia
Source: Geologica Carpathica - Clays - Roč. 44, č. 1(1993), dát. June, s. 31-34
Call Number: Loading...
Located: Loading...
Article Loading...
Detail
E-obsah
Add to Book Bag Remove from Book Bag